Weaker sentiment from the grain deal extension carried on into Friday’s trade which saw all US wheat futures slightly lower at the close as Ukrainian wheat offers are back in the market.

Look for these lower flat prices to influence wheat futures markets as Black Sea wheat is not hedged.

Still no confirmation on Baltic wheat sold to USA, but more talk of Russian wheat sales into Brazil and Mexico

Aussie wheat is competitive on its ASW into SEA at USD360’s/mt CFR, but will find it hard to compete into protein sensitive buyers on APW1 vs Ukr11.5 with the spread now more than USD20/mt CFR.

The current wheat net short held by managed funds now stands at -47k, up from -43k a week earlier and the largest short since April 2019.

Australia looks set for a favourable Mon-Fri with not much rain forecast for most of the country.  Parts of northern NSW however could be in for some more untimely rains this weekend in areas just starting to harvest.

Overnight grain volume was slow and evenly spread out, with corn and soybeans entirely on the low side but wheat breaking out to a fresh nearly three month bottom, a good start for the bears to what will likely be a slog of a holiday week. The same export demand concerns remain with values relatively high and the USD on the mend into late last week

Jordan has issued a new international tender for 120k tonnes of optional origin milling wheat, after making no purchase in their tender last week.

Russian consultancy SovEcon pegged November grain exports at 4.9 MMT, up from 4.7 MMT in October, with wheat at 4.4 MMT vs 4.3 MMT in Oct.

Ukraine’s Ag Ministry on Friday said that around 50% of the country’s corn had been harvested, or 12.3 MMT; a large portion of the crop is expected to be left in the fields over the winter due to issues with harvesting and fuel shortages, according to private analysts APK-Inform.  Total production is seen at 27.5-27.9 MMT by private firms. 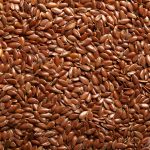 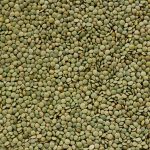