Double digit gains tested the recent downtrend although it wasn’t enough to save wheat from a downturn week which saw weekly losses of -21c for CBOT(H), -16.5c for KC(H) and -7.25c for MGEX(H).

Syria issued an international tender for 200k tonnes of milling wheat, with a deadline of Feb 14, and shipment sought at some point in the next two months

Australia exported 2.2mmt in the month of December which was a 37% increase m/m although below LY record of 2.5mmt.  China took the majority at 714k with Indonesia a distant second at 231k.

An error in publishing saw Bloomberg publish the title “Russia Invades Ukraine”, which was quickly removed upon realising the error.  US officials advised the media that Russia already has 70% of military utilised that would be needed to invade Ukraine.

Soybeans continued to lead the way to open the week, with the March contract hitting a fresh eight month spot high and key new crop November to new contract highs

Soybean meal is favored over oil this morning but the entire complex remains on the rocket ship until further notice.

A USDA attache in Brazil Friday estimated the country’s 2021/22 corn production at 113 MMT, down from 115 MMT Jan WASDE figure, with export exports cut to 42 MMT, a million below the USDA January figure. 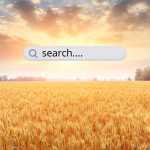